In this era of globalization, we can easily find plastic everywhere. Some people said that using plastic is more practice and efficient. But, do you know where plastic was formed and what’s the materials? Plastic is material consisting of any of a wide range of synthetic or semi-synthetic organic compounds that are malleable and so can be molded into solid objects. The material for plastic called polymer. We can find polymer from nature. The plastic first used was in 1907 by Leo Baekeland.

The United Nations Joint Group of Experts on the Scientific Aspects of Marine Pollution (GESAMP), estimated that land-based sources account for up to 80 percent of the world’s marine pollution, 60 to 95 percent of the waste being plastics debris. Of the 8.3 billion metric tons that have been produced, 6.3 billion metric tons have become plastic waste. Of that, only nine percent have been recycled. The vast majority—79 percent—is accumulating in landfills or sloughing off in the natural environment as litter. 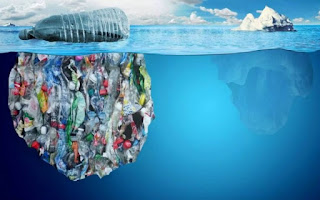 Plastic waste has been pollution on the ocean and on the land. Plastic takes a long time to be decomposed. It takes up to 1000 years to be decomposed. It can decrease soil fertility, make air circulation on the ground is blocked, and make the underground species can’t move properly. Can you imagine that? What will happen next year or next generation if this still happened? Not only on the land but also on the ocean. If we keep throwing away plastic to the ocean it won’t be decomposed but turns into microbeads. If it is consumed by fish or other species that live on the ocean it’ll stick in their flesh. And if we consume fish that contained microbeads in it, it’ll cause cancer for us.

Lot of marine species that their body trapped in the middle of plastic. They can’t let go of themselves, it seems like it tied them tightly, a lot of fish, turtles, whale, seals, and many more dies because of this. According to a study from Plymouth University, plastic pollution affects at least 700 marine species, while some estimates suggest that at least 100 million marine mammals are killed each year from plastic pollution. Just like what happened lately in Indonesia, a sperm whale was found dead with 13 pounds of plastic inside of its body. This proves that plastics pollute the ocean, and it caused a big problem. Other evidence that proves that plastic pollutes the ocean, in Scotland, a harp seal pup was found dead with plastic in its stomach. The scientists found a flimsy 2-inch square of plastic crumpled up in the harp seals’ stomach. If it happens continuously, it will make the extinction of marine species.  Also, plastic can make water quality get worse because it contains toxic chemicals, like Bisphenol A Styrene Trimer, and Polystyrene. All of those chemicals can cause cancer. 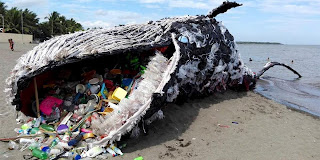 plastics on the whale’s stomach 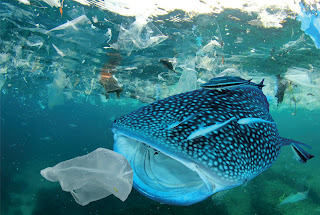 The most dangerous emissions can be caused by burning plastics, especially burning plastic in the open air, leads to environmental pollution due to the release of poisonous chemicals, such as hydrochloric acid, sulfur dioxide, dioxins, furans, and heavy metals, as well as particulates. Not only dangerous for humans and animals but also it can contaminate the atmosphere, it can damage the ozone layer. 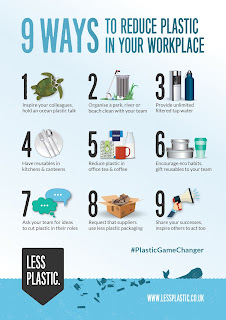