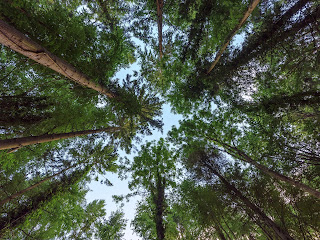 “The extent of forest around the world has declined by an estimated 16.4 million km2 (36% of the historical extent) over the last 200 years. (Meiyappan & Jain,2012).” As we know, the earth is covered by land with a percentage of 29% and the percentage of forest which covered land is around 30% of the planet’s land area, just under 40 million km2. There are 3 types of forest in this world, the tropical, the temperate, and the boreal forest. Some Forests are composed of many trophic levels, including primary producers, herbivores, carnivores, decomposers, and the small microscopic organisms’ microflora and fauna.  The largest rain forest in the world is the Amazon, about 7,000,000 square kilometers or 2,702,715 square miles large, it’s covering much of northwestern Brazil and extending into Colombia, Peru and other South American countries. Some forest has indigenous people in it, they called forest as their home. They lived there since their ancestor period. In Amazon, a lot of tribes such as Uncontacted Brazil, they can’t be reached, and strict with people outside of their tribe. But nowadays, every year huge areas of forest being destroyed because of human activity. It called deforestation. It took the indigenous people home and make plants and animals lose their habitat and it can cause a lot of negative effects on the area around the forest.  So, deforestation should be banned due to its effect on the loss of species and soil erosion. 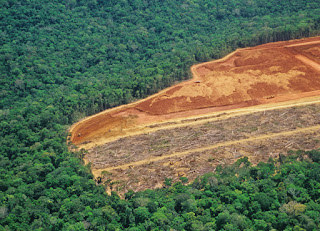 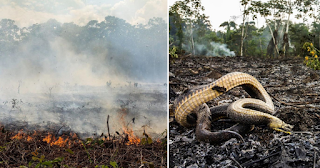 Animals and plants are part of our life, they lived around us. WWF said that at least 10,000 species go extinct every year. Can you imagine that? If this happened continuously, in 50 years from now, there will be no more plants and animals. How can this have happened? It is because of human activity, humans looking for material to build houses, furniture, and many more. And for that, they keep cutting the trees. The tree where the animal’s lives for shelter, if it happened continuously it can damage their habitat. Not only that, in some areas, humans cut the palm tree for the palm oil. Palm tree is a habitat for orangutan since humans destroyed their habitat, orangutan looking for another place to live. But because there is no more forest to live, illegal hunter uses this chance to hunt an animal. They hunt the animal and after that, they’ll sell it illegally and in the end, the animals go extinct. 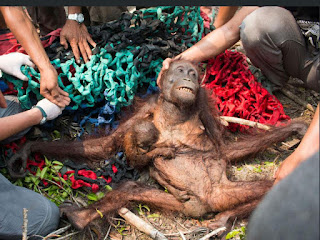 Orangutan die because of forest fire 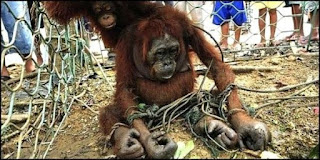